I’m a married woman now! Jacob and I got married on September 28 and life feels like it’s finally getting back to normal. We couldn’t have asked for better weather on our wedding day, which was quite lucky because everything was outside. I still have a lot of wedding details to share but wanted to kick things off with our wedding bands. It felt fitting since my first wedding post was an engagement ring Q&A so I wanted to share our wedding band details. 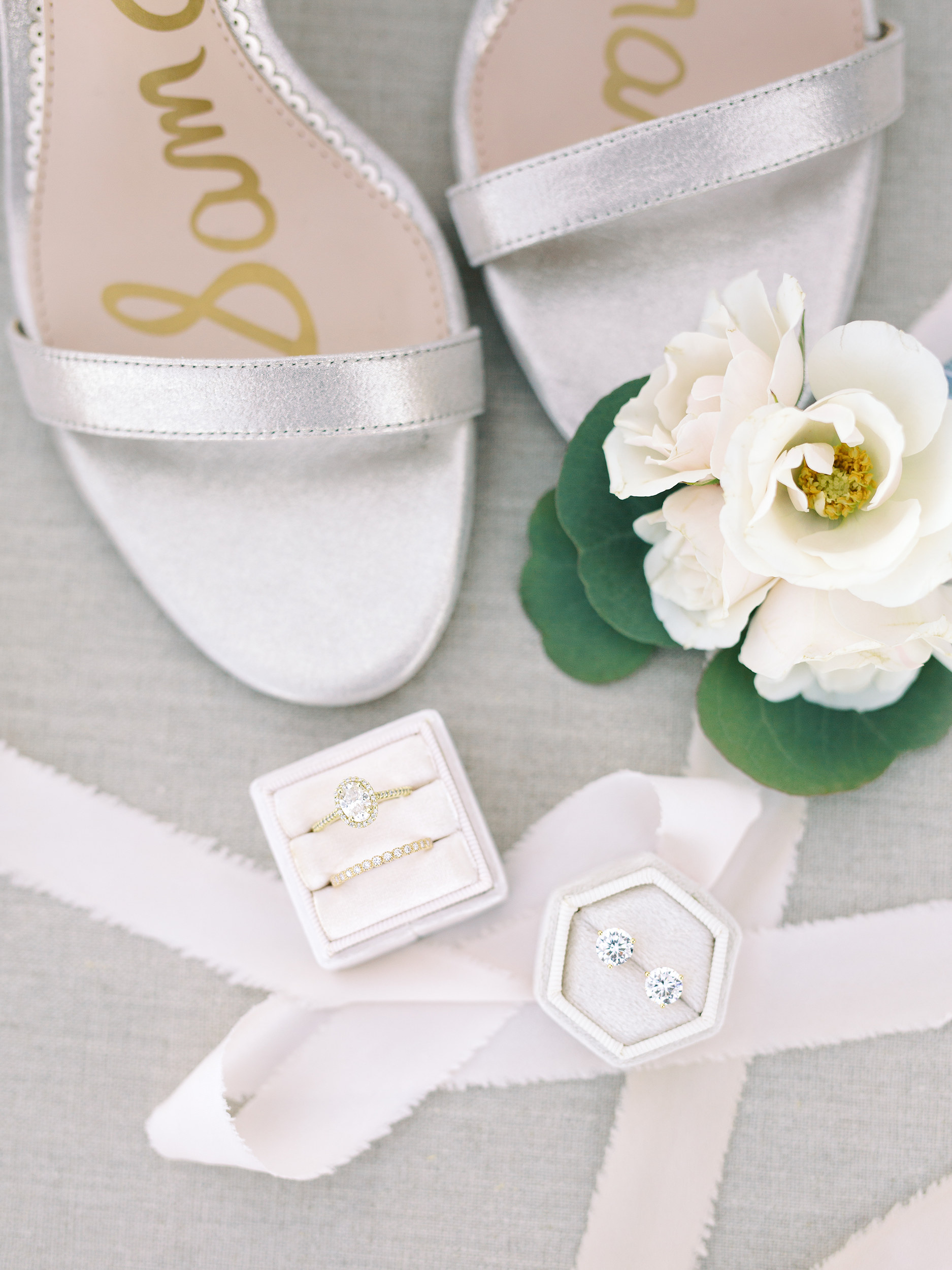 Factors We (I) Considered

While Jacob did get in to the engagement ring process a little, he couldn’t have cared less about my wedding band (and I don’t blame him). I thought a lot about what I wanted and given my ring shape and height (it doesn’t come up very high from my finger) I did a lot of research with the ring. Here’s what I was considering:

One of my favorite bloggers, Ashley from Everyday Pursuits, was talking through her ring stack when one caught my eye. I had previously been looking at the Bony Levy Stackable Ring and was very close to purchasing when I saw Ashely’s ring from Noémie.

I did some research on Noémie and really fell in love with the designs and the company as a whole. I loved the lifetime warranty, ability to customize your designs (while still being able to return them) and their commitment to creating high-quality pieces without a big markup.

In the end, I chose the prettiest eternity band and I absolutely love how it looks. Technically this isn’t a “wedding band” and is a “stacking band” but my wedding dress was an evening gown (also came in Navy) and wasn’t marketed as a wedding dress either.

If you just want a half-diamond band or want something that’s a little more affordable, Noémie also makes a half band:

The Half Band Bezel Diamond Ring

I think Jacob would’ve probably preferred going without a ring and he still isn’t used to wearing one yet. We didn’t want to spend a ton of money on Jacob’s ring since we felt 1. It’s pretty likely he’ll lose it at some point and 2. He really didn’t want one to begin with.

He did know that he wanted a dark band, so we looked at Tungsten. We ended up getting Jacob’s ring on Etsy and he loves it. It’s a 4mm Tungsten Ring and luckily it was affordable because Jacob now wants a smaller size (he claims one will be his summer band and one will be his winter band).

So that’s it, those are our wedding bands! Fun fact: right before we cut our cake Jacob said to me, “look how loose my wedding ring is!” and proceeded to shake his hand, flinging his ring off into the air and landing somewhere underneath our dark dessert table. Luckily one of our photographers was a champ and found it, but I will say, I did call my new husband a not-so-nice name for trying to get rid of his ring just a few hours later.