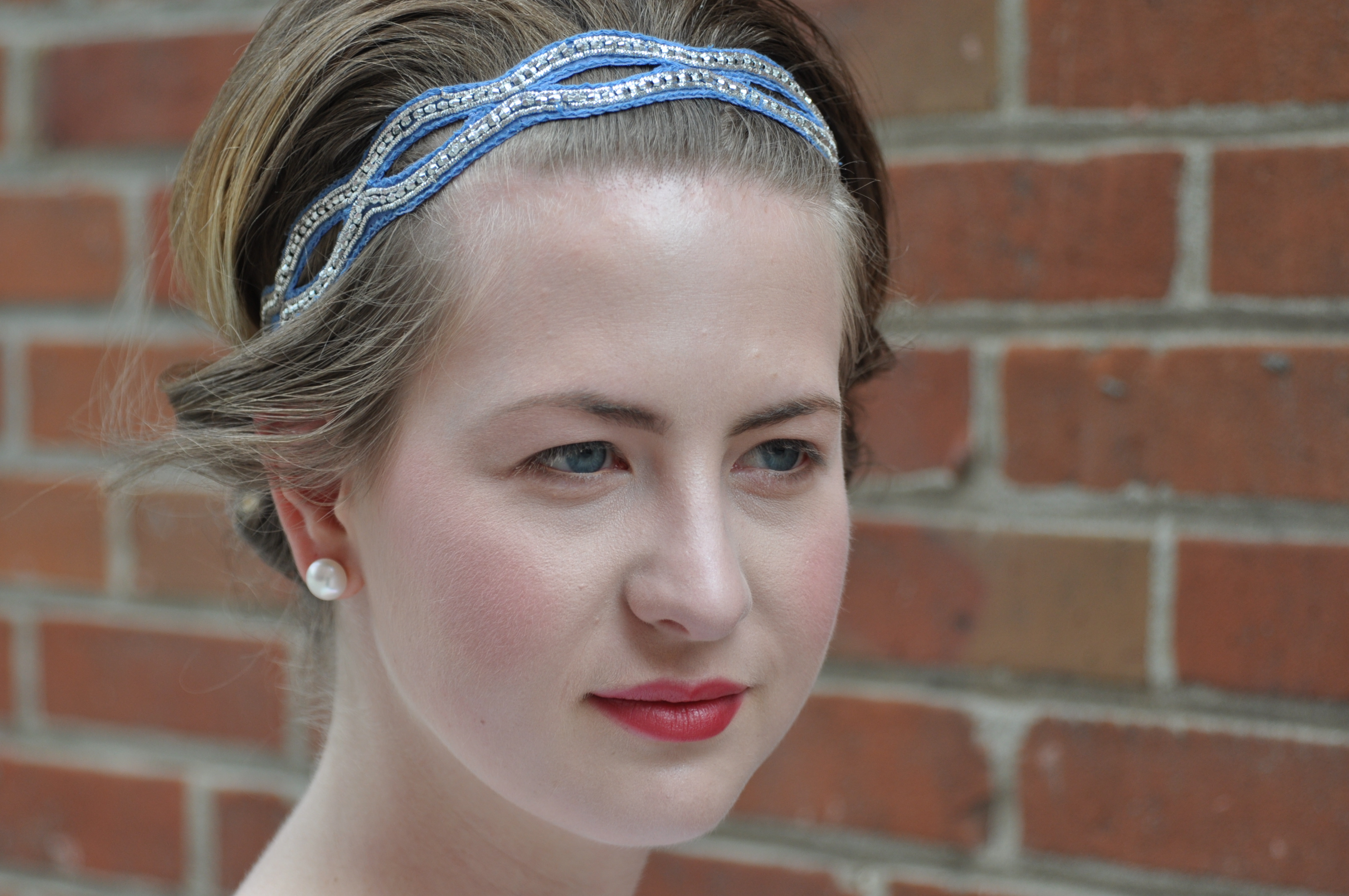 Proof: me painted an inch thick

Welcome to my final project for my *gasp* last class to complete my English degree. 5 Shakespeare plays in 4 weeks was…interesting, but I am glad I was finally able to cross some things off my never-ending reading list. For my final project, I was able to research a topic I already have a huge interest in and am now able to answer the following questions:

I also created my own modern spin on a Shakespearean look and conclude with a few connections between concerns about makeup then vs. now along with a few other ideas. Let’s dive in!

*Note: The terms makeup, cosmetics, and face painting are all used interchangeably but refer to the same idea. Makeup is the more modern term for what was referred to as “face paint.” 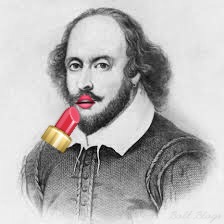 Makeup long predates Shakespeare, going as far back as roughly 3000 BC in Egypt and Asia. Makeup has had a place in history amongst men as well as women. Alexander The Great wore makeup, his appreciation for cosmetics stemming from his travels to Asia. This is important to note because most of the actors in Shakespeare’s time were men and young boys played female roles. These men wore makeup on stage, so it was not an uncommon idea at the time. The concept of cosmetics was thousands of years old by the time it reached Shakespeare and it’s possible to gain some understanding on his thoughts about makeup through his work. Writers and religious figures also had their thoughts on makeup, most of which were negative.

Since modern makeup wasn’t sold until the early 1900’s (you have T.L. William’s sister Mabel *cough*Maybelline*cough* to thank for mascara and Maurice Levy to thank for lipstick in a tube), where were people getting their makeup from? In Shakespeare’s time “makeup” was most often referred to as paint, for literal reason. Alarmingly, “…the same substances were often used to paint scenery and props as well as bodies…” which hardly creates a very natural look (Stevens 96). Equally unnatural were women’s faces painted or powdered white. Fair skin was very in fashion and “…fair women were said to be the most beautiful at the time.” Some of Shakespeare’s plays have fairies and to achieve their mythical appearance pearls or silver were crushed to create a shimmer on the skin, much like today’s highlighters. There were some natural ingredients were used to make makeup. One recipe to create pale skin: “Powdered hogs bones mixed with poppy oil.”

Like prop paint, there were some other dangerous means of achieving a painted face. A mixture of white lead and vinegar called Ceruse was one way skin was lightened – and was poisonous. Cochineal, an expensive dye derived from an insect, was used to give the cheeks a rosy flush and tint the lips red. To enhance the eyelashes, women used kohl. This ideal standard for beauty was most often seen in the nobility, a signature look synonymous with Queen Elizabeth. Lower working classes wouldn’t have worn makeup, but would have seen it on the stage.

On the stage, makeup allowed for an easy transformation from young male actor to woman with “a white face, red cheeks and a blonde wig,” but also began to transition beyond just distinguishing between male and female characters and was used for what we might call special effects. These effects included things like blood and creating significant physical features (95). Paint was also used to signify racial differences and explore different ideas of beauty (95). This shift was and still remains “…an important aspect of the visual field in early modern theatre” (117). Stage paint opened new doors for ways of conveying a story on stage alongside actor’s costumes. Together, actors were able to fully immerse themselves in their roles, but a major concern was whether or not their physical appearance was an accurate representation of the character’s morals.

Face painting complicated the relationship between “surface and substance” as Pollard says. Those who opposed to makeup were often Puritans, who opposed to the theater as well. Puritans saw both makeup and the theater as disguises for a person’s true identity (Pollard 200). It’s hard to critique one idea without critiquing the other, as the stage and makeup really go hand in hand in order to create the theatrical experience. As a result, I don’t think it’s the means by which actors were “disguising” themselves, but more so a fear that one’s true identity could potentially be concealed. Because face painting did pose a health threat, this theme can be seen in early modern plays and works in the larger fear of makeup (187). In this time period, anything that could potentially threaten your health was feared, and for legitimate reasons. It’s amazing that despite this, the nobility, who had so much to lose, would still risk their health in such a potentially dangerous way all for beauty.

“The most common complaint against cosmetics was that they sinned against truth: concealing true faces behind false, they undermined the trustworthiness of bodily signs, leading to a general epistemological disarray.” (Pollard 125) 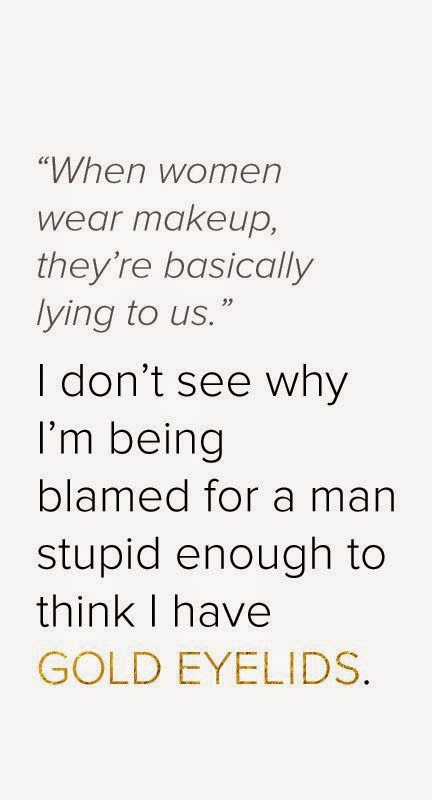 There were two obvious opposing viewpoints on face painting at the time. Obviously, the nobility was in favor of the practice as it was another way to signify their superiority over the lower class. On the other hand were those who were more religious or Puritans. Thomas Tuke, an English clergyman wrote, “a vertuouis woman needs no borrowed, no bought complexion, none of these poisons” (Pollard 187). There were so many moral implications that went along with makeup but also other aspects of women’s fashion such as clothing and their accessories. Makeup was simply one part that was critiqued. Concealing a part of your identity implied shame, that a person could not or did not want to fully show who they were to the world. Philip Stubbes, anti-theatricalist and famous pamphlet writer at the time said, “‘beware, therefore, you masking players, you painted sepulchers, you double-dealing amboxexters'” (Stevens 96).

So, what did Shakespeare think of all of this? One of Shakespeare’s most recognizable lines perhaps about makeup is spoken by Hamlet: “Now get you to my lady’s chamber, and tell her, let her paint an inch thick, to this favor she must come. Make her laugh at that.” These lines, while they may seem innocent, condescending at most, is really more a sexual commentary. This is not the first point in the play where Hamlet is fixated on the idea of sexuality (his commentary to Ophelia while watching the play and the conversation he has with his mother are two instances), although these few lines are less obvious without the proper context. At the time, there was a link between a moral or sexual impurity and wearing makeup (Pollard 188). Further, wearing “…face-paints was seen as undermining not only marital, but religious fidelity” (193). Wearing makeup made implications toward adultery as well as turning against the church. This sexual promiscuity as it relates to face painting is something that Shakespeare explores in this scene. With this contextual knowledge of makeup in mind, it completely shifts the reading of the scene.

Shirley Garner, English professor at The University of Minnesota argues that for Hamlet, a painted body fully represents the female body, signifying a “fallen sexuality, seduction, and betrayal…” (126). I agree with this interpretation, as the one female character Hamlet has lost most of his trust in is his mother, whom he sees as promiscuous. He thinks it is disgusting that she has married her husband’s brother, a point where I think Hamlet is hinting toward adultery. It would make sense then for Hamlet to have this distrust of face painting and see it as an accurate representation of a female’s character. As for Shakespeare, I think it’s harder to say. There is no doubt that makeup was used on the actors who performed his plays, so perhaps for him there was a disconnect between face painting on stage and face painting outside of the theater.

Now, on to some makeup not made of lead… 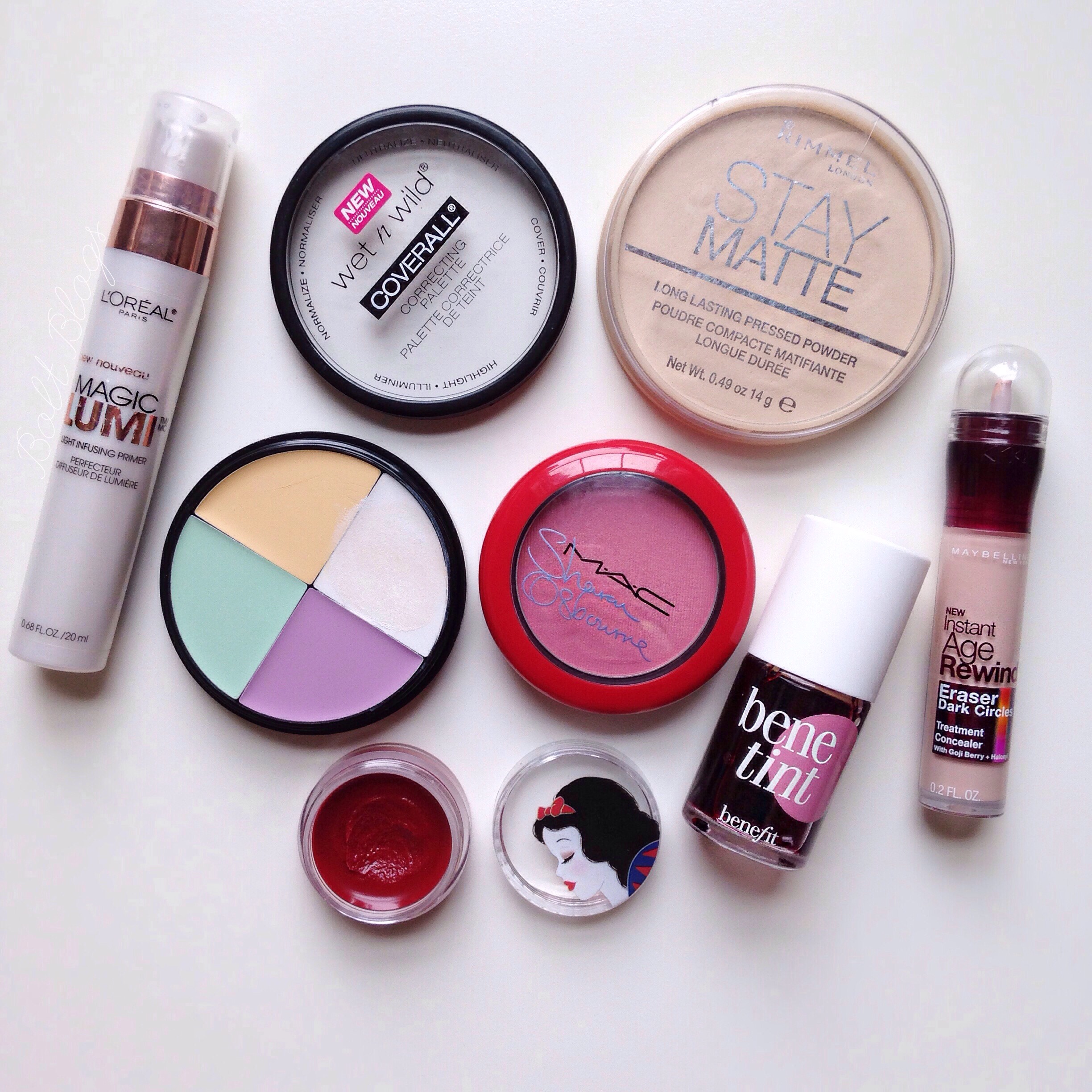 These are some of the products I used for the look. The L’Oreal Magic Lumi Primer was great for replicating the glow Shakespearean actors would have had…without having to crush pearl! Also necessary: a white concealer/foundation, a mattifying powder, various rosy products (“What’s in a name? That which we call a rose by any other name would smell as sweet”) and a brightening concealer.

I was going for a modern twist on this Elizabethan look. A lot of inspiration came from this Buzzfeed video – Women’s Makeup Throughout History. 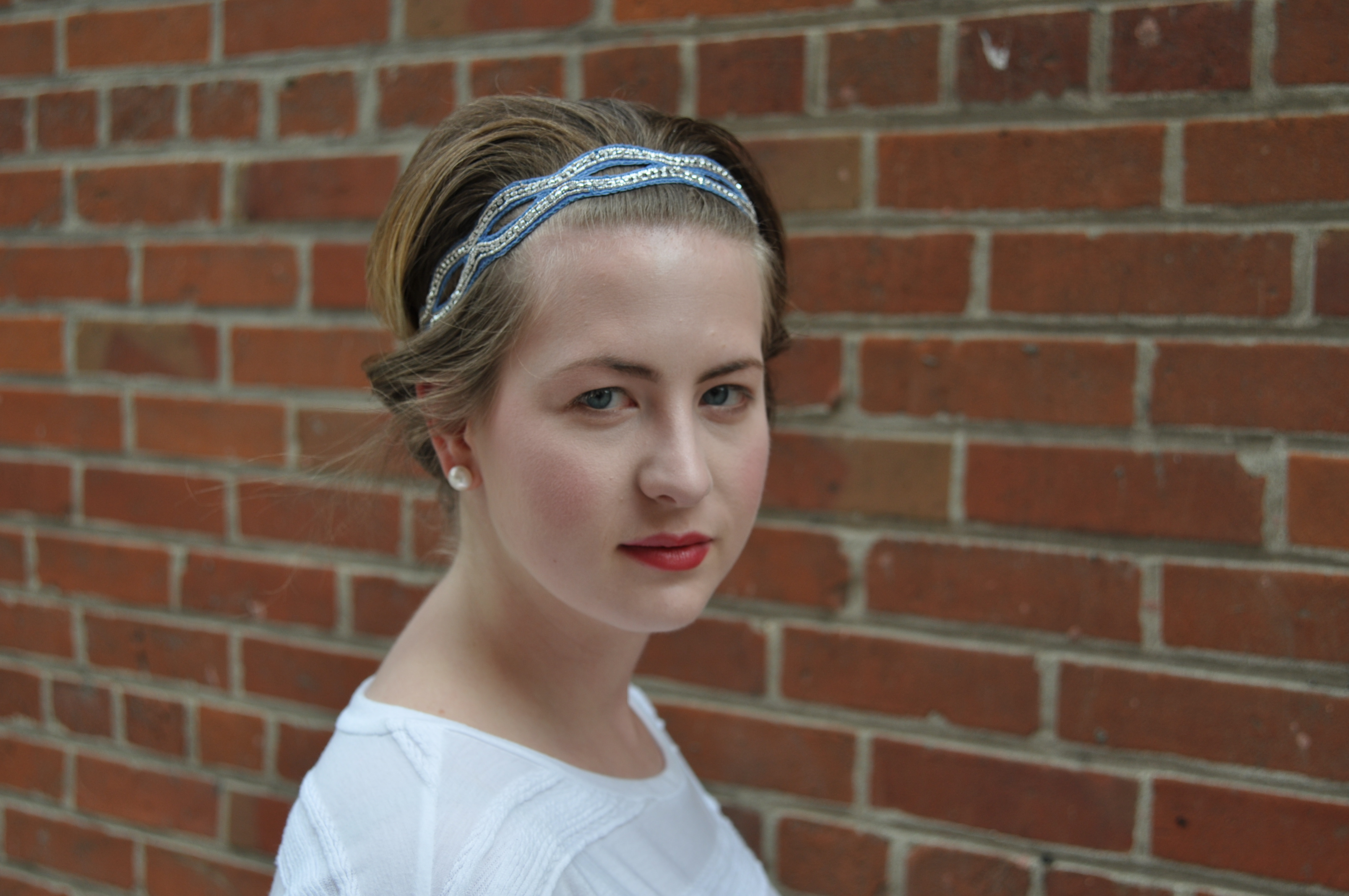 You can watch a tutorial here to re-create this hairstyle. 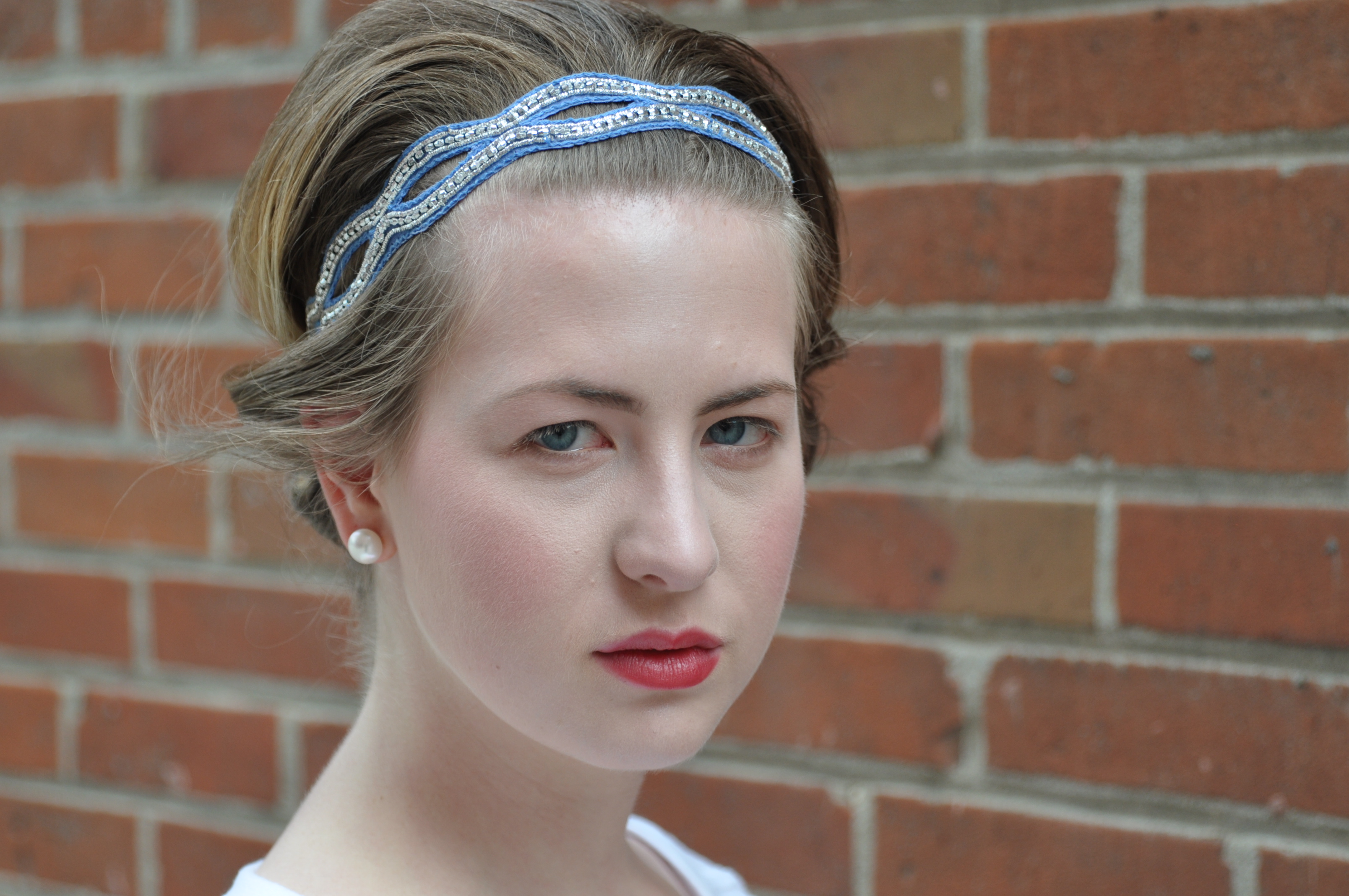 Many of the arguments made hundred of years ago about makeup are still echoed today in many ways. Personally, I don’t look at makeup as hiding my true identity; I look at it as just enhancing what I already have. I love makeup because it’s fun. I used to be really into art when I was younger, I loved painting and drawing. Now, I just do it on my face. Even the idea of makeup’s toxicity in Shakespeare’s time is still a concern today. Many companies are becoming cruelty free and there is a whole market of natural, organic, and vegan products today for those concerned about the potential harmful effects of chemicals in makeup. History always seems to repeat itself. If you don’t wear makeup because you don’t want to, that’s awesome. If you paint your face an inch thick everyday, go you. Do whatever you want. At the end of the day, makeup washes off. Critics in Shakespeare’s time were concerned that makeup’s toxins could infiltrate the soul, but these people were wrong (Pollard 202). Kevyn Aucoin said it best, “No amount of make-up can mask an ugly heart.”