With Spring Break just around the corner, I wanted to finally recap our trip to The Wizarding World of Harry Potter.

For all of you big Harry Potter fans out there, I won’t go into too much detail to help keep the magic alive. But for those of you that aren’t Harry Potter fans, you’ll most likely think I’ve gone overboard on the detail. Here’s what you need to see, do, eat and drink at Universal Orlando’s Wizarding World of Harry Potter (plus a few other rides). 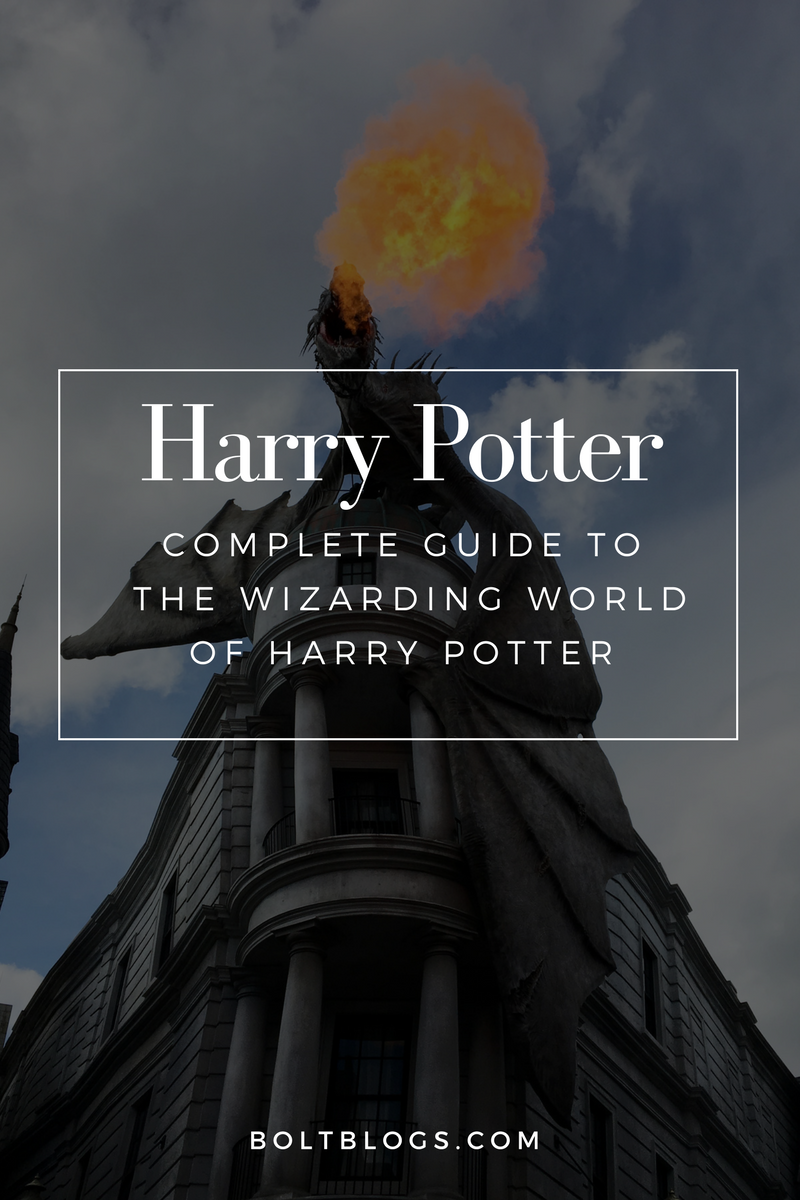 Let’s start from the beginning: Jacob and I were so impressed and overwhelmed by the entrance to Universal that we actually thought we were already inside. This was my first time and I was excited for Harry Potter but not much else. After just seeing the entrance, that quickly changed. There are tons of shops and restaurants in the City Walk that stay open well after the park closes. If you’re hungry (or need a drink) when you get out, there are plenty of options.

TIP #2: Make sure you remember which thumb they scan when you check-in.

We went on two rides before we got to Harry Potter, Spider-Man and King Kong. Spider-Man turned out to be one of my favorite rides of the day. King Kong was ok, I’d only recommend it if you’re a fan.

TIP #3: Do Hogsmeade first (left side of the map). The crowd rushes to Diagon Alley first in the morning to go in the same order that Harry did. Trust me, it’s still just as magical going out of order, and you get to avoid some of the rush. 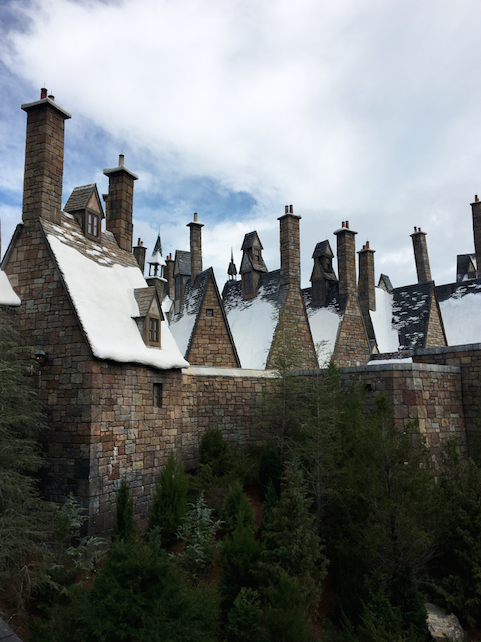 You can see the “skyline” of Hogsmeade around Jurassic Park (the only thing we ran out of time for, which Jacob was bummed about). This is where my heart rate started to pick up. 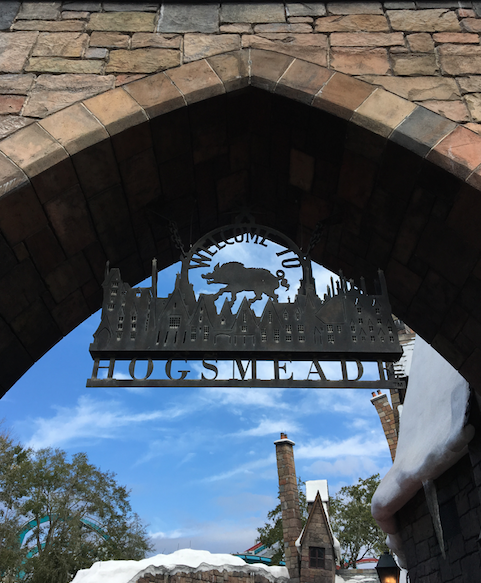 I couldn’t help but cry. I’ve reread Harry Potter quite a few times, have watched the movies countless times and even went to buy the books at midnight when they came out. Between the score playing in the background and the sight of Butterbeer up ahead, there was no holding back the water works. 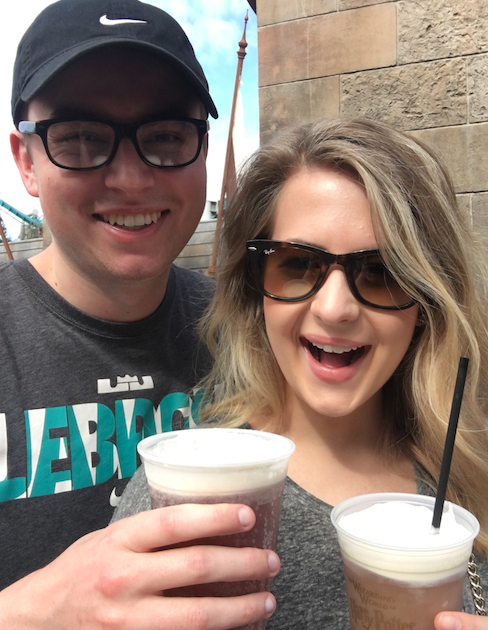 TIP #4: Ask for extra foam on your Butterbeer. Just do it. The frozen Butterbeer is easier to walk around with but I preferred the original. 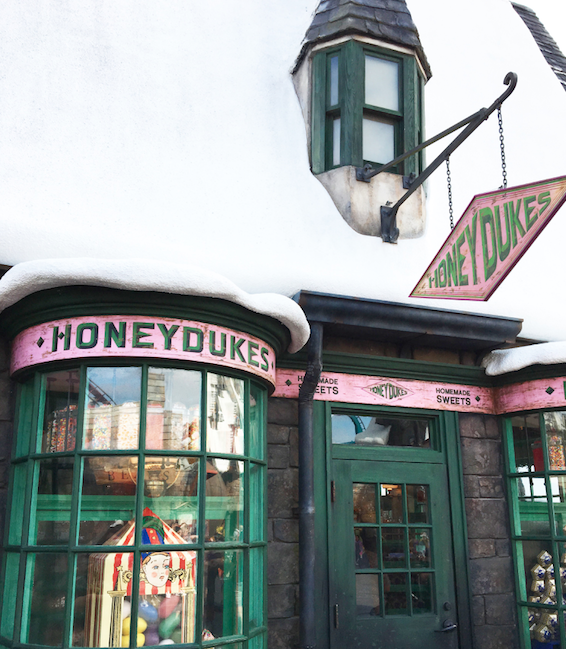 Honeydukes was amazing. I have a ton of pictures from inside but like I said, I don’t want to spoil too much. Make sure you stop in (and check out the counter where a bunch of celebs pop up…you never know who might be in there). 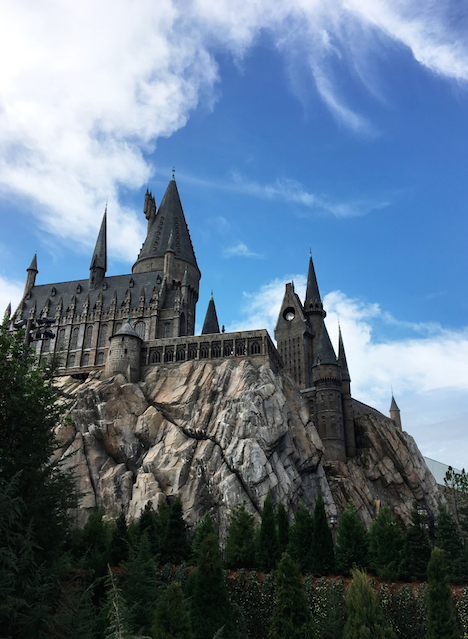 Next up, we went to school. I brought a small cross-body purse with me but be warned, they’re rarely allowed on any of the rides. We walked through Hogwarts and got to the ride but had to turn around to go put my purse in a locker (they’re free). It worked out well because there was so much to see and I’m glad we got to go through twice.

TIP #5: Walk through Hogwarts twice. Go through the first time to enjoy everything but instead of getting on the ride, ask for the stairs to the gift shop. Then go through again and hop on the ride. The ride was amazing. If you really want, do that twice while you’re at it.

After heading to school, we went on The Flight of the Hippogriff. I was impressed with how fun this ride considering it’s a shorter one. The highlight was seeing Hagrid’s little hut.

After the Hippogriff, we were ready to upgrade to dragons and went on the Triwizard Tournament ride. 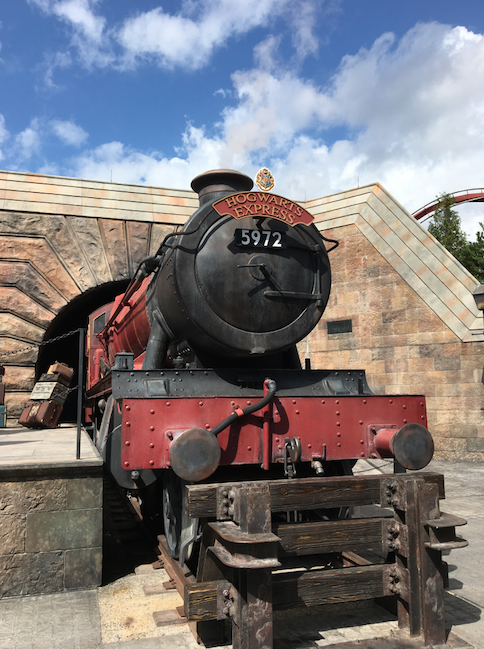 At this point, Jacob was super hungry so we decided to take the Hogwarts Express to Diagon Alley for lunch. The Three Broomsticks is in Hogsmeade and is served buffet style. We decided we wanted to go to The Leaky Cauldron in Diagon Alley for a sit-down lunch.

TIP #7: Buy the park-to-park pass. If you need so save money, don’t buy souvenirs that are going to inevitably clutter your closet as soon as you get home. Go for the experience. 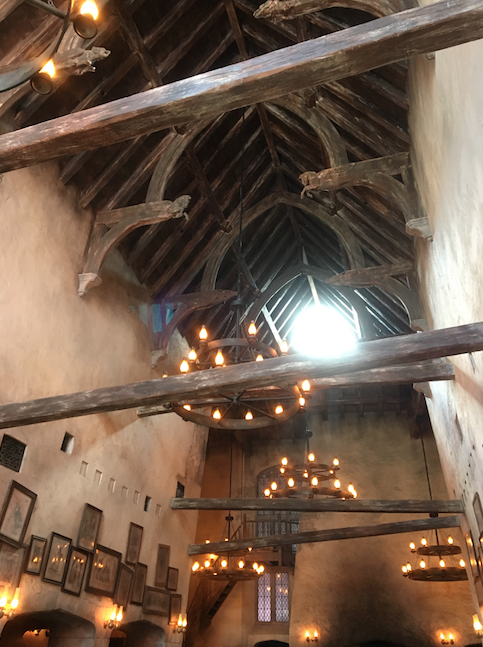 Jacob had a pre-lunch “snack” before we went into Diagon Alley. He got the largest hot dog I have ever seen, smashed that and then at another full meal inside. All of the food is displayed in a case so you know what you’re getting. The fish and chips were awesome and Jacob got a chicken sandwich, which he said was good. The table next to us had an awesome looking cheese board if you just need a light snack. 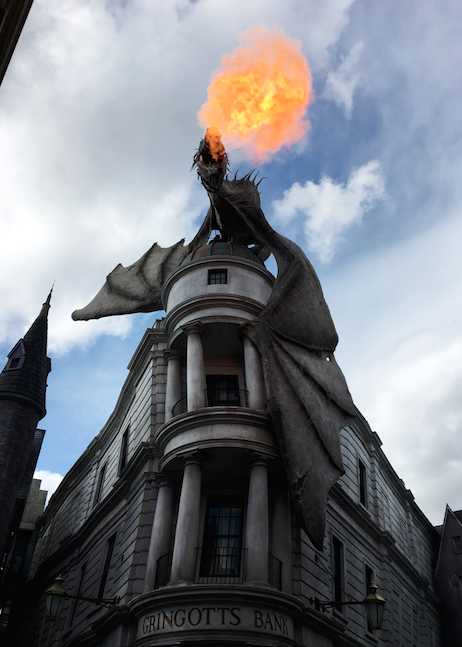 Nerd alert: GRINGOTTS WAS SO COOL I FELT LIKE I WAS ACTUALLY HELPING HARRY ON THE RIDE. That’s all.

There is an ice cream shop outside of Gringotts with a bunch of fun and funky flavors. Stop in if you need a snack. The cup portion is definitely sharable.

After we shopped around for awhile, we decided to explore a little bit of the rest of the park. At this point it was around 2 o’clock, so as a reference, we spent a solid 5 hours up until this point just in Harry Potter. 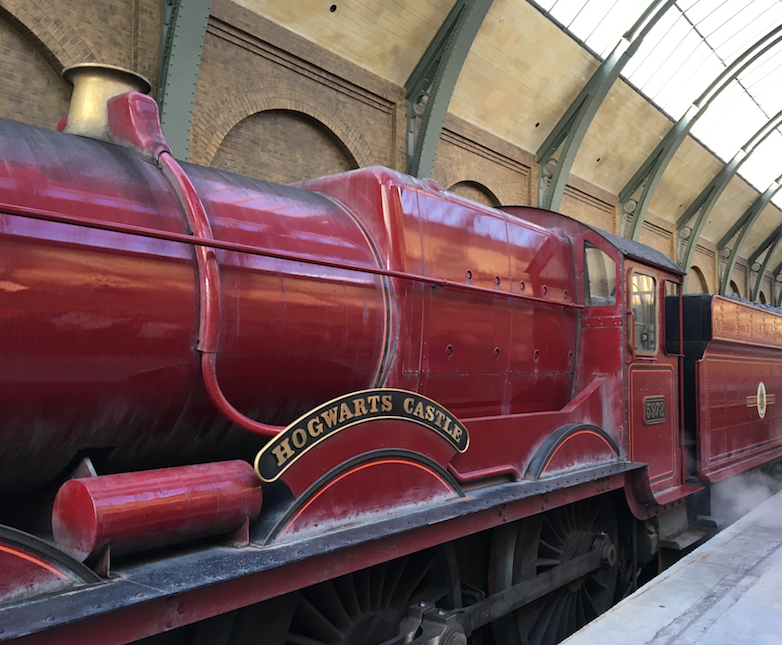 TIP #8: The ride back to Hogsmeade is different than the one going to Diagon Alley, so make sure you ride it both ways. 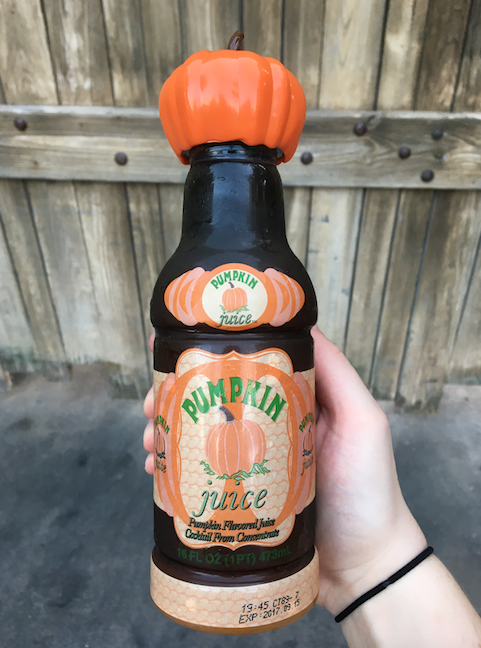 As if I hadn’t had enough sugar already, I got a Pumpkin Juice before leaving the park. Strangely, it tastes exactly like apple pie, not pumpkin. Either way, it’s delicious. 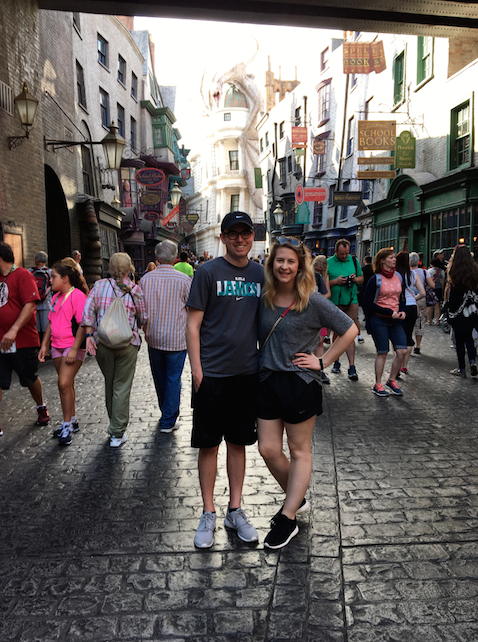 We went on a few more rides before finally leaving as the park closed. The Hulk was fun but you can skip Dr. Doom. I never expected that I would’ve enjoyed Universal outside of Harry Potter as much as I did. If you ever get the chance – go. It’s incredible. If you have any questions, I’ll do my best to answer them down below!